“Future Constellations”, the first single from our forthcoming “Rearview” LP is out now on all digital streaming services! https://linktr.ee/twocheers

“There’s an unfiltered emotionalism in [Two Cheers’] songs. The confessional indie artists of the late ’90s and early ’00s come to mind.”

“Two Cheers spews heartfelt lyrics with 90s pop-esque riffs, the two elements blending together without a hitch. [They] bring to mind diverse influences like The Cure and Real Estate.”

Over the past couple of years, due to a few of life’s traumas in combination with the basic challenges of adulthood, Akcasu took a break from music to put the focus back on his other career as a vegan skin care formulation chemist so that he and his wife could move back to their adopted home of Los Angeles from Detroit and start a family. Now, with a renewed semblance of stability, good California vibes, and a very little bit of extracurricular time, the focus is back on Two Cheers.

“Future Constellations,” though, like all songs on the forthcoming Rearview LP, takes a look at the inescapable past that ultimately led Akcasu to come back to music on his own terms and “to rekindle the chemical reactions in Two Cheers songs. And there are many.” (Buzzbands.la)

Akcasu shares, “’Future Constellations’ is about a night under the stars in Michigan's wild and chilly upper peninsula, longing for something or someone never coming back: I wrote this song because back in Detroit, I had a terrible sense of loss: I missed my friends who spread out across the country, I missed my life in California, I missed my mom and grandma who had both just passed within a few months from each other, and I had the feeling of losing my innocence too, especially seeing my once happy family in so much pain and having so many hopes and plans shattered.”

“So, while I can’t pinpoint the subject of the song; I just had a longing for a lost world, lost people, lost hope, and I wanted to believe I could relive it all and see everyone again. During those days, before we left Michigan, I used to visit my aunt’s cabin on Lake Superior and just kick around on my own. One night on the lake, I started thinking about the constellations changing shape over millions and billions of years, and how the arrangements of stars we know now are just a snapshot of the universe at this time. They’ll scatter over time, but maybe if enough time passes, stars will eventually end up making the same shapes, and the constellations we know could reform. It seemed like the right metaphor.”

Check back soon
Once posts are published, you’ll see them here. 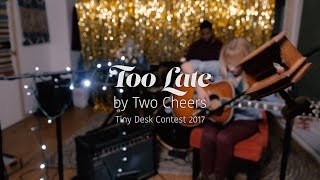 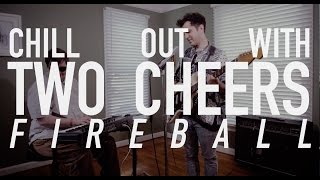 Chill Out With Two Cheers "Fireball" 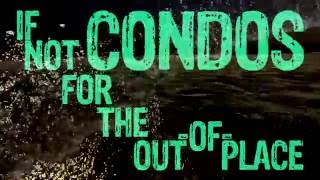